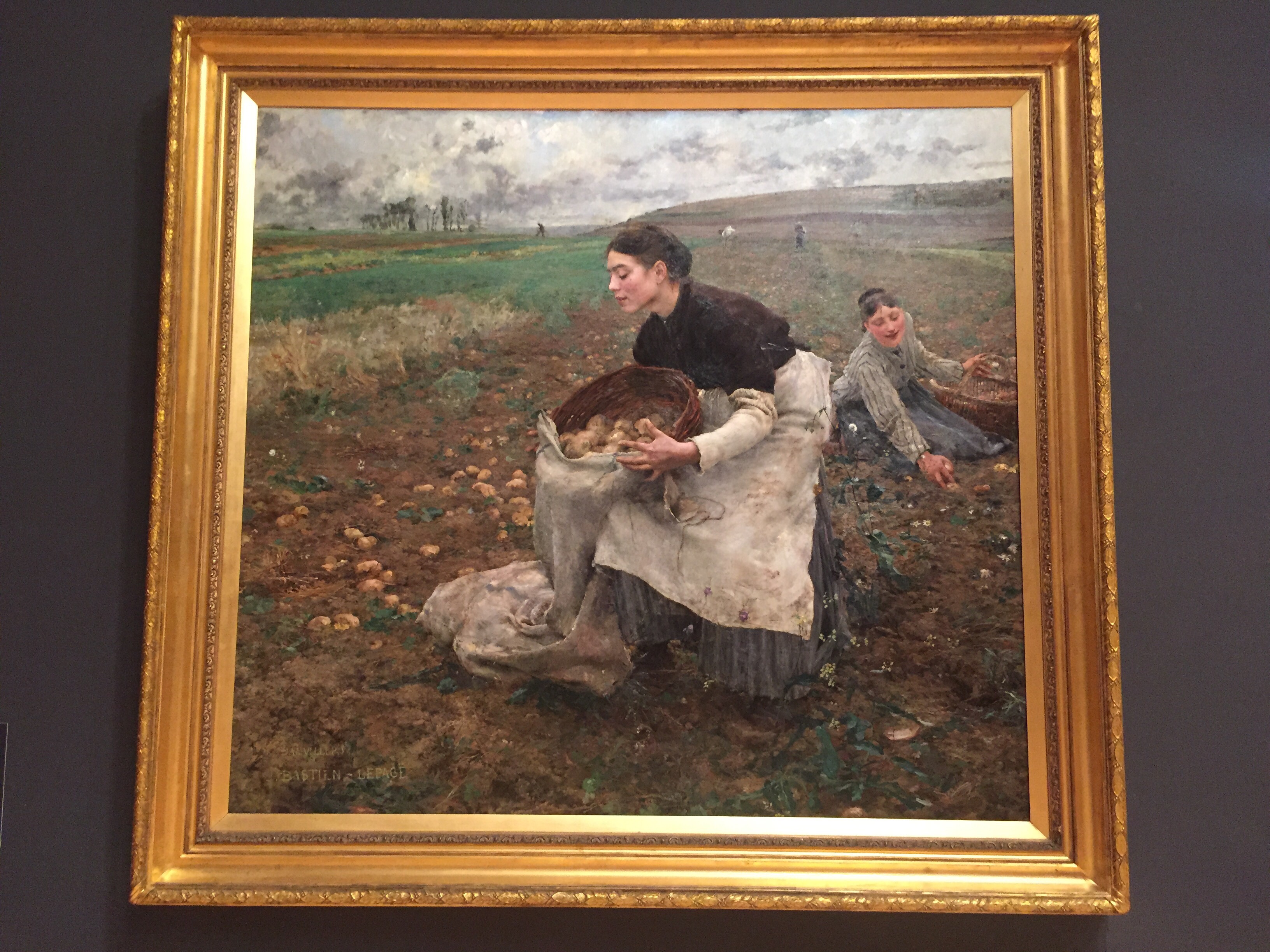 Dear fellow coma victims, it seems memory can return after 4.5 years. Being around places of the distant past stimulates recollection. Neurologists suggest the brain can develop new pathways and perhaps memory can work again.

I’m very tired of mundane conversations around niceties. Just the typical things people say when you meet them. I don’t mean stuff like the weather or topic of interest but self centred egotistical stuff. There are of course many examples of people whose focus went beyond niceties, Kafka and Steiner come to mind. I have apparently always thought that the average person never really considers existence. These thoughts reveal a distant me, apparently I was always troubled by the average Joe. Keep returning to me my former self.

A memory… The picture is of my favourite painting in the NGV, the Melbourne gallery. I like it because it’s a depiction of potato gathering, a fundamental during the time it was painted. I discovered it was called October  (Saison d’octobre)  1878 Jules Bastien-Lepage, I always referred to it as the potato gatherers.