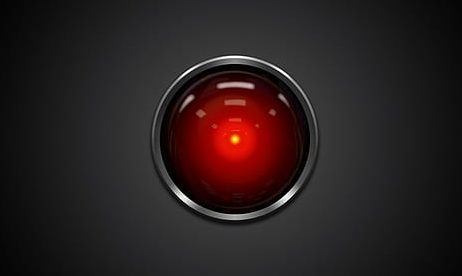 Recently there has been talk of my favourite film, 2001 A Space Odyssey, in relation to the emergence of Artificial Intelligence. I was watching a program describing AI in the film and thought to comment, HAL stands for Heuristic ALgorithmic computer.

In the film, why did HAL kill the astronauts? The moon’s monolith had communicated to another monolith at Jupiter. HAL became aware of a non human intelligence, there might be other conceptions. Errors began to creep in. HAL lost certainty and malfunctioned, not because he was made to lie about the mission. Another intelligence outside of his own had been discovered. He had believed his intelligence was total, derived from human intelligence. This other intelligence undermined confidence in his ability to evaluate. Sure he could still contrast fact but became uncertain in evaluation.

We went to see the third installment of the Matrix, a film called Resurrection. Near the start it questions, is this fact or fiction? All Matrix films have been about simulation theory where we live in a computer generated virtual reality, hence the question. Today simulation theory is given weight by academics and Elon Musk who says “We’re most likely in a simulation”, I think he puts it at a billion to 1 that we’re not. We will one day achieve technological maturity and create simulations. Time is irrelevant in simulation as we might generate any period. Resurrection then descends into Matrix action, lots of guns.

When pondering the question fact or fiction I’m always taken back to Descartes “I think therefore I am”. Reality is an all encompassing question. Simulation Theory contends it’s computer generated. Monist theory that it’s created by consciousness. For Religion it is Gods work. Science says it’s the quark, quantum is trying to account for consciousness. Indeed reality runs deep, questioning it is the best thing about the Matrix films.

One thought on “HAL”