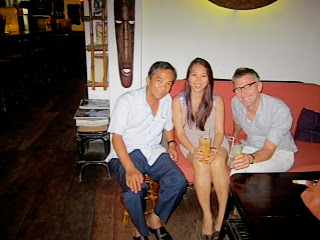 The best test for my memory yet. On Friday we travel to an old favourite destination, Hoi An in Vietnam. One of my favourite places in Asia or the whole world they tell me. I only remember the names of the joints we frequented there, like Tam Tam, Morning Glory, and people trying to make their way in this world. There was a person there I apparently referred to as ‘the epitome of human thought’, a thinker, but not by his appearance. Also a place I referred to as rats corner, because of actual rats, not people. I hope I can recall the past when I’m there.

I also don’t remember if I actually referred to that guy as ‘the epitome of human thought’, something like that I think! Perhaps I will recall… I’ve been thinking about what I called him for ages and I remembered, ‘The Epitome Of The Human Condition’. My wife confirmed this when I suggested it. We referred to him as ‘TEOTHC’ for short, said in Singlish, there are so many ‘Teo’s’ in Singapore. We just needed to add the human condition bit. He was always looking about in the garbage and refuse, difficult to clearly understand his purpose. Maybe when we get there my memory will continue to come back.