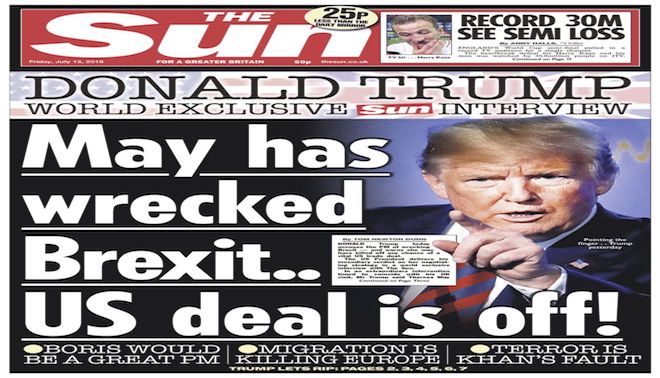 To throw my hat in the ring vote Hillary if you are a US citizen and have a vote. Watching international news the world is troubled by the prospect of Trump becoming president. Recently watching BBC, foreign affairs ministers from several European countries expressed deep concerns about a Trump presidency. Beyond many countries expressing concern how could the US vote in an unintelligent billionaire?

In a time of globalisation he wants to build a wall to keep Mexicans out, Germany demolished their wall years ago. And what of the most important issue facing all of humanity including America right now, global warming? He doesn’t even believe in it. Actually it’s an endless list of concerns with him, at present when humanity was about to evolve through technology and communications he aspires to separation, he himself is deplorable.

Trump represents primitive man by my reckoning. It would take the entire world backwards, as did the UK’s split from the EU, brexit. I think there is something similar between these two events, his rise as a candidate and the UK split from Europe, perhaps humans are devolving. It is amusing that a US election has descended to an American sitcom, with a character that does strange things. Trump abuses people generally, women, service men, grabs women by their private parts, hates muslims, wants to prevent immigration to the US.

I guess Americans love sitcoms. Is it ‘celebrity apprentice’? Ah that’s right, America needed an ex tv star to run for president. And why the president can only serve 2 terms I don’t know…

One thought on “Hillary”