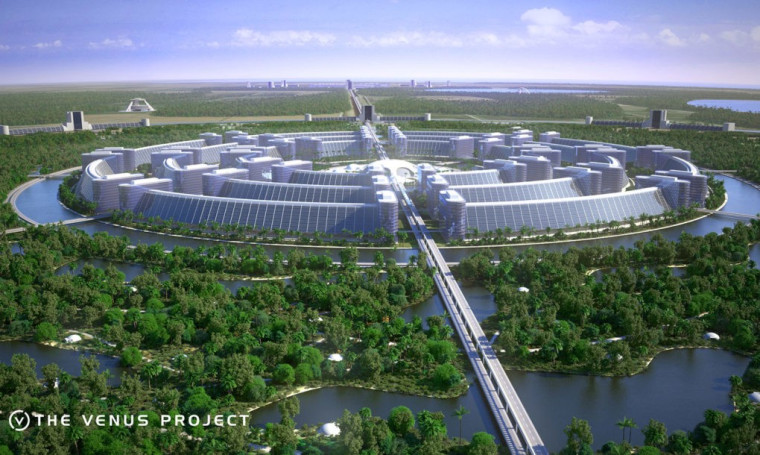 I recently became reacquainted with ‘the Venus Project’, something that interested me before coma. I think it’s a solution for global warming and aims for human evolution. To establish an ideal society rather than the one we’ve created which is derived from money and power. To provide for everyone by sharing at no cost. Provide for all true needs in a cooperative civilisation.

Venus gives matter primacy believing mind is derived from our systems and language, individuality is a construct. It also says language provokes concept. I agree, my problem is thought is as real as matter. Science is derived from facts about the material world but it also implies the primacy thereof. Science now has entanglement theory which says particles requires perception to choose a state, until perception it remains indeterminate. Perhaps through entanglement science is also beginning to describe the non material world. Indeed we exist in both, there is mind.

It’s founder, Jacque Fresco, in ‘Investigating Behaviour’ says freedom isn’t a truth to which we can aspire but an indoctrinated concept. I agree that freedom is thought but perception might impinge on reality as entanglement suggests. What of happiness? I fundamentally agree with Venus about a ‘resource based economy’. Politics and money are thoughts that have created competition. The best thing about the Venus Project is its plan to end money and cooperate. I think for Venus the main issue is controlled thought. Untrue thought nor based on reality but opinion, but let’s not throw the baby out with the bath water. I think our greatest quality is to think, reason, conceptualise. We are not Artificial Intelligence but Human Intelligence. I think Hong Kongers should consider the Venus Project.